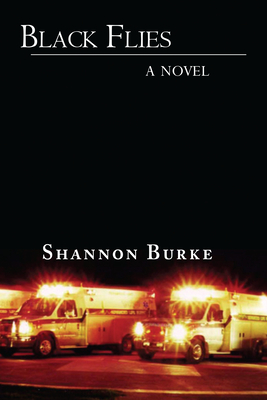 A “raw and fascinating” novel based on the author’s experiences as a New York City paramedic during the crack epidemic—”Burke is a poet of trauma” (Publishers Weekly, starred review).

Black Flies is the story of paramedic Ollie Cross and his first year on the job in mid-’90s Harlem. It is a ground’s eye view of life on the streets: the shootouts, the bad cops, the hopeless patients, the dark humor in bizarre circumstances, and one medic’s struggle to maintain his desire to help despite his growing callousness. It is the story of lives that hang in the balance, and of a single job with a misdiagnosed newborn that sends Cross and his partner into a life-changing struggle between good and evil.

“Although Black Flies is a novel, it contains more reflections of lived experience than some memoirs. . . . Reading this arresting, confrontational book is like reading Dispatches, Michael Herr’s indelible account of his years as a reporter in Vietnam.” —The New York Times Book Review

Shannon Burke grew up in Wilmette, Illinois, a suburb of Chicago. Burke went to college at the University of North Carolina. For several years after graduation, he moved around the country, working menial jobs, and wrote stories. Burke eventually settled in New York City where I was hired as a paramedic for the New York City Fire Department, working out of Station 18 in Harlem for five years. Now living in Knoxville, Tennessee, Burke has published three novels and worked on various film and TV projects.
Loading...
or
Not Currently Available for Direct Purchase