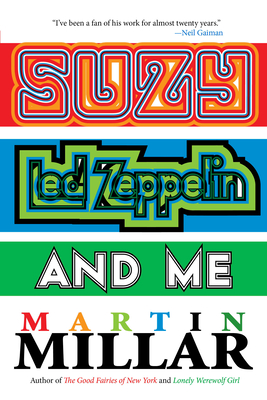 Suzy, Led Zeppelin, and Me

“This brilliant, playful, and poignant faux-autobiographical novel tells a tale of raging hormones, as a 15-year-old boy awaits a concert by his rock heroes in 1970s Glasgow. Millar remembers the painful earnestness of being a teenager and conveys the highs and lows of 15 with great charm and wit.”
— Rich Rennicks, Malaprop's Bookstore/Cafe, Asheville, NC
View the List

Glasgow, 1972. Nerdy Martin and his best friend Greg are competing for the attention of a popular girl named Suzy. Surely she wouldn't ditch her hip boyfriend for the likes of them, would she? But with Led Zeppelin coming to town, it feels like anything can happen.