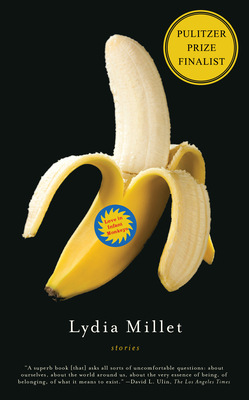 Animals and celebrities share unusual relationships in these hilarious satirical stories by an award-winning contemporary writer. Lions, Komodo dragons, dogs, monkeys, and pheasants--all have shared spotlights and tabloid headlines with celebrities such as Sharon Stone, Thomas Edison, and David Hasselhoff. Millet hilariously tweaks these unholy communions to run a stake through the heart of our fascination with famous people and pop culture in a wildly inventive collection of stories that "evoke the spectrum of human feeling and also its limits" (Publishers Weekly, Starred Review). While in so much fiction animals exist as symbols of good and evil or as author stand-ins, they represent nothing but themselves in Millet's ruthlessly lucid prose. Implacable in their actions, the animals in Millet's spiraling fictional riffs and flounces show up their humans as bloated with foolishness yet curiously vulnerable, as in a tour-de-force, Kabbalah-infused interior monologue by Madonna after she shoots a pheasant on her Scottish estate. Millet treads newly imaginative territory with these charismatic tales. "These incredibly crafted stories, with their rare intelligence, humor, and empathy, describe the furious collision of nature and science, man and animal, everyday citizen and celebrity, fact and fiction. Lydia Millet's writing sparkles with urgent brilliance." --Joe Meno.

Lydia Millet has written more than a dozen novels and story collections, often about the ties between people and other animals and the crisis of extinction. Her story collection Fight No More received an Award of Merit from the American Academy of Arts and Letters in 2019, and her collection Love in Infant Monkeys was a finalist for the Pulitzer Prize in 2010. She also writes essays, opinion pieces and other ephemera and has worked as an editor and staff writer at the Center for Biological Diversity since 1999. She lives in the desert outside Tucson with her children and boyfriend.
Loading...
or
Not Currently Available for Direct Purchase