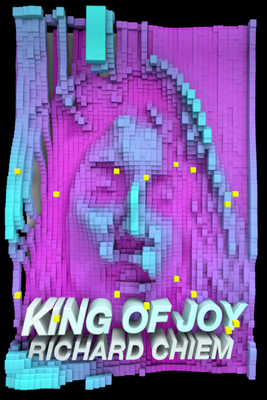 Named a Writer to Watch by the Los Angeles Times, Richard Chiem brings readers a novel that is equal parts sledgehammer and sweet song--a neon, pulsing portrait of grief, and an electrifying story of one woman's survival against all odds.

Corvus has always had an overactive imagination. Growing up, she develops a unique coping mechanism: she can imagine herself out of any situation, no matter how terrible. To get through each day, Corvus escapes into scenes from fantasy novels, pop songs, and action/adventure movies, and survives by turning the everyday into just another role to play in the movie of her life.

After a tragic loss, Corvus finds a sadness so great she cannot imagine it away. Instead, she finds Tim, a pornographer with unconventional methods, who offers her a new way to escape into movies. But when a sinister plot of greed and betrayal is revealed, Corvus must fight to reclaim her independence, and discovers she is stronger than even she could have imagined.

Praise For King of Joy…

Richard Chiem is the author of ​You Private Person, which was named one of Publishers Weekly​’s 10 Essential Books of the American West. His work has been published in ​City Arts, ​Vol. 1 Brooklyn​, ​Fanzine​, ​3:AM Magazine​, and ​Moss​, among many other venues. He has taught at Hugo House and at the University of Washington Bothell. He lives in Seattle.
Loading...
or
Not Currently Available for Direct Purchase