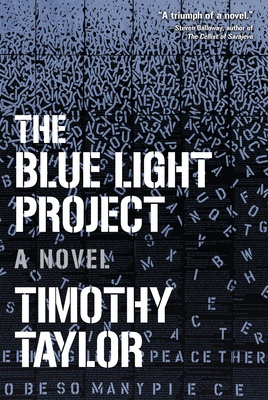 A hostage-taker hides a shocking secret in "a breakneck literary thriller that combines the worlds of conspiracy theory and] reality TV."--National Post Without warning, a man, armed with explosives, seizes a television studio taking over a hundred terrified hostages. He offers no motive. And he makes just a single curious demand. The only person he'll speak to is Thom Pegg, a once honored investigative journalist turned disgraced tabloid reporter. As surprised as anyone, and pressured to comply by authorities, Pegg reluctantly enters the fray as the chosen confidante. From outside, the enthralling drama is revealed through the eyes of two very different people: Eve, an Olympic gold medalist and local hero; and a mysterious renegade street artist known only as Rabbit. As 24/7 media coverage helps to feed the public's paranoia with reckless rumor, the lives of three strangers are brought inexorably together in an unfathomable and chaotic endgame. In this "unforgettable . . . exhilarating, at-times alarming read" (Atssa York), prize-winning author Timothy Taylor paints a powerful picture of the sinister side of our interconnected world. The result is "an ambitious . . . wonderful novel--a thought-provoking and challenging story that will . . . change the way you look at our celebrity-driven culture" (The Vancouver Sun).

Timothy Taylor is a Canadian novelist, journalist and creative writing professor. Taylor's first novel Stanley Park was published in 2001. It was an immediate bestseller and a critical success. He's since published a prize-winning collection of short fiction, Silent Cruise, and two further bestselling and critically acclaimed novels, Story House and The Blue Light Project, which was award the CBC Bookie Award in the literary fiction category. He is also the winner of the Journey Prize, and has been finalist or runner-up for six other major national fiction prizes in Canada, including the prestigious Giller Prize. His work has also been chosen as the One Book One City selection for Vancouver and named a finalist for Canada Reads.
Loading...
or
Not Currently Available for Direct Purchase