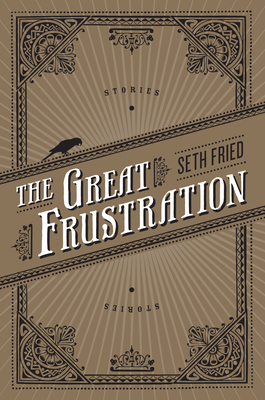 “Fried’s stories are laugh-out-loud hilarious and wonderfully weird, yet his many strange worlds also have the power to haunt.” --Dan Chaon

In “Loeka Discovered,” a buzz flows throughout a lab when scientists unearth a perfectly preserved prehistoric man who suggests to them the hopefulness of life, but the more they learn, the more the realities of ancient survival invade their buoyant projections. “Frost Mountain Picnic Massacre” meditates on why an entire town enthusiastically rushes out to the annual picnic that ends, year after year, in a massacre of astonishing creativity and casualty. The title story illuminates the desires and even the violence that surges beneath the tenuous peace among the animals in the Garden of Eden.

Equal parts fable and wry satire, Seth Fried’s stories suggest that we are at our most compelling and human when wrestling with the most frustrating aspects of both the world around us and of our very own natures—and show why he has been called “one of the most exciting new voices in fiction” (Charles Yu, author of How to Live Safely in a Science Fictional Universe).

“He’s channeling Saunders by way of Barthelme and Kafka, but also clearing a whole new territory of his own . . . Seth Fried is the future of fiction.” —Hannah Tinti, author of The Good Thief

Seth Fried is a fiction and humor writer. He is the author of the novel The Municipalists and the short story collection The Great Frustration. He is a recurring contributor to The New Yorker’s “Shouts and Murmurs” and NPR’s “Selected Shorts.” His stories have appeared in Tin House, One Story, McSweeney’s Quarterly Concern, The Kenyon Review, Vice, and many others. He is also the winner of two Pushcart Prizes and the William Peden Prize.
Loading...
or
Not Currently Available for Direct Purchase