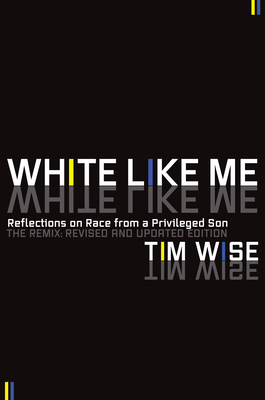 Reflections on Race from a Privileged Son

From “one of the most brilliant, articulate and courageous critics of white privilege in the nation” (Michael Eric Dyson), this now-classic is “a brilliant and personal deconstruction of institutionalized white supremacy in the United States . . . a beautifully written, heartfelt memoir” (Roxanne Dunbar-Ortiz).

The inspiration for the acclaimed documentary film, this deeply personal polemic reveals how racial privilege shapes the daily lives of white Americans in every realm: employment, education, housing, criminal justice, and elsewhere.

Using stories from his own life, Tim Wise examines what it really means to be white in a nation created to benefit people who are “white like him.” This inherent racism is not only real, but disproportionately burdens people of color and makes progressive social change less likely to occur. Explaining in clear and convincing language why it is in everyone’s best interest to fight racial inequality, Wise offers ways in which white people can challenge these unjust privileges, resist white supremacy and racism, and ultimately help to ensure the country’s personal and collective well-being.

Tim Wise is a prominent antiracist writer and activist who served as an advisor to the Fisk University Race Relations Institute. He lectures across the country about the need to combat institutional racism, gender bias, and the growing gap between rich and poor in the United States.
Loading...
or support indie stores by buying on