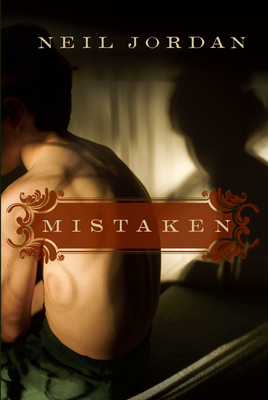 “Vampires, secrets, the mysteries of identity: the obsessions that run through the director Neil Jordan’s films are at the center of his beautifully enigmatic novel . . . of two look-alike men who feed off each other’s souls all their crisscrossed lives” (The New York Times).

Kevin Thunder and Gerald Spain have grown up on opposite sides of the Dublin economic divide. Kevin’s father is a bookie and his mother takes in lodgers on the city’s impoverished northside. Gerald, a lawyer’s son, is afforded a more well-heeled upbringing. Yet they share a growing awareness of each other through episodes of mistaken identity. At first, innocent enough—one approached by the other’s confused girlfriend, or being called out to in the street. But Kevin is unnerved by more than a doppelganger. He lives next door to the one-time home of Bram Stoker. And the shadows of the author’s evil creation, as well as those cast by a lookalike stranger, stretch far across his early years. It’s only when a tragic death sends both young men down a darker path, that Kevin and Gerald are destined to meet.

Neil Jordan is the author of several critically-acclaimed novels including Mistaken, The Dream of a Beast, Sunrise with Sea Monster, Shade, and Night in Tunisia, a collection of short stories which won the Guardian Fiction Prize. He has written, directed and produced a large number of Academy Award-winning films including The Crying Game, Michael Collins, Interview with a Vampire, The End of the Affair, and Ondine. He is currently the Creator and Executive Producer of the Emmy-nominated Showtime series The Borgias. He lives in Dublin.
Loading...
or
Not Currently Available for Direct Purchase