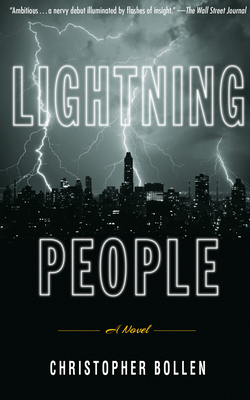 Joseph Guiteau is a working actor who moved to New York to escape a tragic family history in the Midwest. Wandering through a city transformed by the attacks of September 2001, he frequents gatherings of conspiracy groups, trying to make sense of world events and his own personal history. Looming over his life is a secret that threatens to undermine his new marriage to Del, a snake expert at a city park, whose work visa is the only thread keeping her from deportation back to her native Greece. The new marriage influences the lives of those around them: William, a dark and troubled actor whose sanity is fading as quickly as his career, leading him to perform increasingly desperate acts; Madi, a young entrepreneur who will have to face the moral complications of a business made successful by the outsourcing of American jobs to India; and her brother Raj, Del's former lover, a promising photographer whose work details the empty rooms of an increasingly alienated city. Christopher Bollen's first novel captures the atmosphere of anxiety and loss that exists in Manhattan.

Christopher Bollen is a writer who lives in New York City. He regularly writes about art, literature, and culture. His first novel, Lightning People, was published in 2011. His second novel, Orient, is out by Harper in May 2015. He is currently the Editor at Large at Interview Magazine.
Loading...
or
Not Currently Available for Direct Purchase