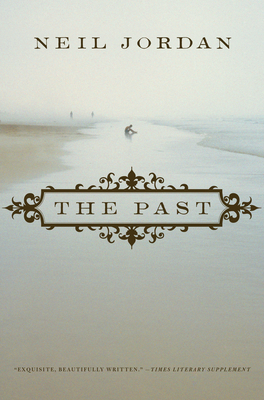 On June 1st, 1914, Una O’Shaughnessy sends a postcard home from a Cornish seaside town. Back in two weeks, she promises. But seven months later, she still has not returned to Ireland, and she sends another postcard, this one signed Una, Michael, Rene (!).

The Past is the story of Rene, this unexpected child, as told by her own child as he searches for the truth about his parents’ mysterious and romantic history. Through the reminiscences of his mother's friend, the pieces of the past begin to fit together into a delicate mosaic of the truth. What really happened in that seaside town? Why does the past seem to hold so many secrets?

Set over twenty-five years, travelling from Cornwall to Dublin and the Irish Provinces, The Past is a beautiful novel of love and longing, created by one of the preeminent artists of our time.

Neil Jordan is the author of several critically-acclaimed novels including Mistaken, The Dream of a Beast, Sunrise with Sea Monster, Shade, and Night in Tunisia, a collection of short stories which won the Guardian Fiction Prize. He has written, directed and produced a large number of Academy Award-winning films including The Crying Game, Michael Collins, Interview with a Vampire, The End of the Affair, and Ondine. He is currently the Creator and Executive Producer of the Emmy-nominated Showtime series The Borgias. He lives in Dublin.
Loading...
or
Not Currently Available for Direct Purchase