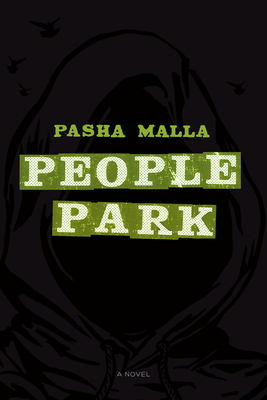 It's the Silver Jubilee of People Park, an urban experiment conceived by a radical mayor and zealously policed by the testosterone-powered New Fraternal League of Men. To celebrate, the insular island city has engaged the illustrator Raven, who promises to deliver the most astonishing spectacle its residents have ever seen. As the entire island comes together for the event, we meet an unforgettable cross-section of its inhabitants, from activists to nihilists, art stars to athletes, families to inveterate loners. Soon, however, what has promised to be a triumph of civic harmony begins to reveal its shadow side. And when Raven's illustration exceeds even the most extreme of expectations, the island is plunged into a series of unnatural disasters that force people to confront what they are really made of. People Park is a tour de force of eerily prescient, grotesque, and hilarious observation and a narrative of gripping, unrelenting suspense. Malla writes as if the twin demons of Stephen King and Flannery O'Connor were resting on his shoulders. You've never read anything quite like People Park.

Pasha Malla is the author of five works of poetry and fiction, including the story collection The Withdrawal Method and the novel People Park. His fiction has won the Danuta Gleed Literary Award, the Trillium Book Prize, an Arthur Ellis Award and several National Magazine awards. It has also been shortlisted for the Commonwealth Prize, and longlisted for the Scotiabank Giller Prize and the International IMPAC Dublin Literary Award. Pasha Malla lives in Hamilton, Ontario.
Loading...
or
Not Currently Available for Direct Purchase