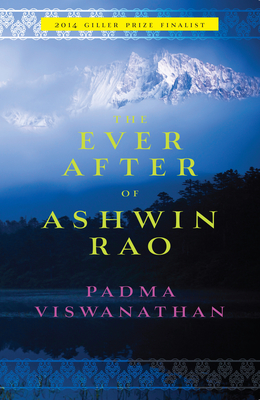 The Ever After of Ashwin Rao

From internationally acclaimed New Face of Fiction author Padma Viswanathan, a stunning new work set among families of those who lost loved ones in the 1985 Air India bombing, registering the unexpected reverberations of this tragedy in the lives of its survivors. A book of post-9/11 life, The Ever After demonstrates that violent politics are all-too-often homegrown in North America but ignored at our peril.

In 2004, almost 20 years after the fatal bombing of Air India Flight 182 from Vancouver, two suspects are—finally—on trial for the crime. Ashwin Rao, an Indian psychologist trained in North America, comes back to do a “study of comparative grief,” interviewing people who lost loved one in the attack. What he neglects to mention is that he, too, had family members who died on the plane. Then, to his delight and fear, he becomes embroiled in the lives of one family that remains unable to escape the undertow of the tragedy. As Ashwin finds himself less and less capable of providing the objective advice this particular family seeks, his surprising emotional connection to them pushes him to face his own losses. The Ever After imagines the lasting emotional and political consequences of a real-life act of terror, confronting what we might learn to live with and what we can live without.

Praise For The Ever After of Ashwin Rao: A Novel…

"There is no doubt that Viswanathan can write, and write well . . . a rich and absorbing novel."—World Literature Review

"Viswanathan’s intricate and empathetic tale deftly reveals the cultural rifts of immigration, post-9/11 politics, and conflicts of faith exposed by this real-world tragedy and its lasting reverberations."—Booklist

"This is an accomplished novel."—Kirkus

“The Ever After of Ashwin Rao is an intrepid novel, its sadness leavened by a wry humor.” —David Bezmozgis, author of The Betrayers

Padma Viswanathan is a fiction writer, playwright and journalist, whose debut novel, The Toss of a Lemon, was shortlisted for the Amazon.ca First Novel Award, the Commonwealth Writer's Prize Best First Book Award (Canada and the Caribbean) and the PEN USA Fiction Award, and published to international acclaim. Her work has received many awards, including fellowships from the National Endowment for the Arts and support from the Canada Council, as well as residencies at the MacDowell Colony, the Banff Centre and the Sacatar Foundation. She lives with her husband, Geoffrey Brock, a poet and translator, and their two children in Fayetteville, Arkansas.
Loading...
or
Not Currently Available for Direct Purchase