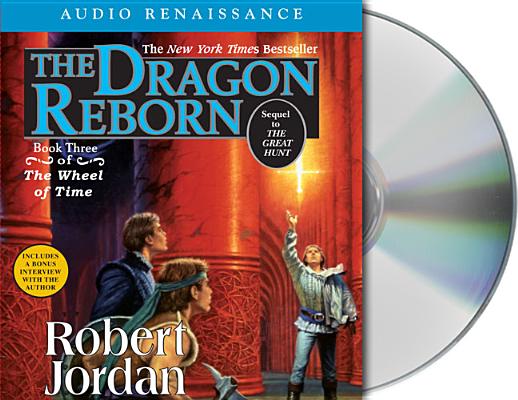 Book Three of 'The Wheel of Time'

In The Dragon Reborn, the third novel in Robert Jordan’s #1 New York Times bestselling epic fantasy series, The Wheel of Time®, Rand al’Thor undertakes a journey to prove himself worthy of being the Champion of Light.

Winter has stopped the war—almost—yet men are dying, calling out for the Dragon. But where is he?

Rand al’Thor has been proclaimed the Dragon Reborn. Traveling to the great fortress known as the Stone of Tear, he plans to find the sword Callandor, which can only be wielded by the Champion of Light, and discover if he truly is destined to battle The Dark One. Following Rand, Moiraine and their friends battle Darkhounds on the hunt, hoping they reach the Heart of the Stone in time for the next great test awaiting the Dragon Reborn.


Praise For The Dragon Reborn: Book Three of 'The Wheel of Time'…

“Jordan writes with the stark vision of light and darkness, and sometimes childlike sense of wonder, that permeates J. R. R. Tolkien's works. His style is undebatedly his own.” —The Pittsburgh Press

“In the hands of these two versatile narrators the audiobook is a good choice, accessible and never dull.” —AudioFile

“The solid performances by Kate Reading and Michael Kramer add a new dimension to the story, especially in the way these veteran narrators breathe life into the inner thoughts of the many major players.” —AudioFile on Crossroads of Twilight