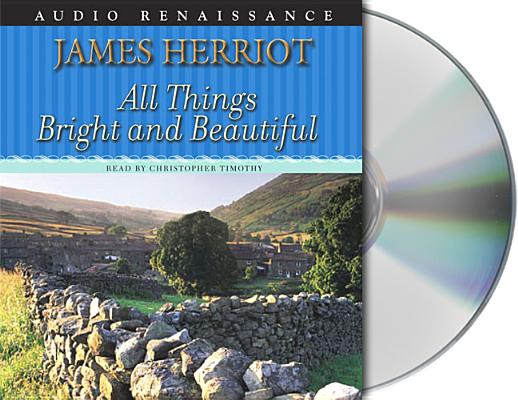 All Things Bright and Beautiful

The basis for the PBS Masterpiece series and the second volume in the multimillion copy bestselling series.

Millions of readers have delighted in the wonderful storytelling and everyday miracles of James Herriot in the fifty years since his animal stories were first introduced to the world.

All Things Bright and Beautiful is the beloved sequel to Herriot's first collection, All Creatures Great and Small, and picks up as Herriot, now newly married, journeys among the remote hillside farms and valley towns of the Yorkshire Dales, caring for their inhabitants—both two- and four-legged. Throughout, Herriot's deep compassion, humor, and love of life shine as we laugh, cry, and delight in the portraits of his many varied animal patients and their equally varied owners.


Praise For All Things Bright and Beautiful: The Warm and Joyful Memoirs of the World's Most Beloved Animal Doctor (All Creatures Great and Small)…

“Whatever joy one found in [All Creatures Great and Small] is in [All Things Bright and Beautiful], only even more joyous; whatever laughter rippled from the throat in the reading of the first, finds even greater gusto in this one. It is funny, wry, simple in its story but as deep and perceptive of life's truths as the superlative sensitivity of the write and his talent can make it.” —Dorothy Eastland, The Hartford Courant

“Christopher Timothy conveys his relish for the countryside and country folk, not to mention animals.... Herriot's generous nature and honest concern coupled with Timothy's friendly style are a winning combination.” —AudioFile