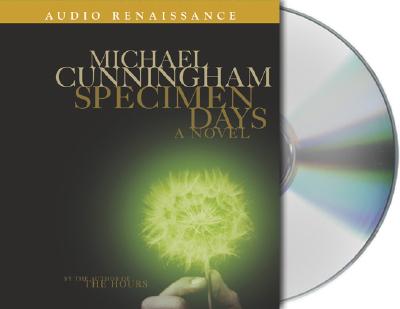 A highly anticipated, bold new novel from the Pulitzer Prize-winning author of T"he Hours"--three linked visionary narratives set in the ever-mysterious, turbulent city of New York
In each section of Michael Cunningham's new book, we encounter the same group of characters: a young boy, an older man, and a young woman. "In the Machine" is a ghost story which takes place at the height of the Industrial Revolution, as human beings confront the alienated realities of the new machine age. "The Children's Crusade," set in the early twenty-first century, plays with the conventions of the noir thriller as it tracks the pursuit of a terrorist band which is detonating bombs seemingly at random around the city. The third part, "Like Beauty," evokes a New York 150 years into the future, when the city is all but overwhelmed by refugees from the first inhabited planet to be contacted by the people of Earth. Presiding over each episode of this interrelated whole is the prophetic figure of the poet Walt Whitman, who promised his future readers, "It avails not, neither distance nor place...I am with you, and know how it is."
SPECIMEN DAYS is a genre-bending, haunting, and transformative ode to life in our greatest city--a work of surpassing power and beauty by one of the most original and daring writers at work today.

MICHAEL CUNNINGHAM's most recent, best-selling novel, "The Hours," won both the Pulitzer Prize and PEN/Faulkner award, and became an Academy Award-winning film starring Nicole Kidman, Julianne Moore, and Meryl Streep. An earlier novel, "A Home at the End of the World," was recently made into a film starring Colin Farrell, Dallas Roberts, Sissy Spacek, and Robin Wright Penn. He lives in New York.

Praise for A Home at the End of the World:
“[A] superb audio adaptation of Cunningham’s vivid coming-of-age tale....Actors Farrell and Roberts—who play Bobby and Jonathan respectively in the Warner Bros. motion picture—fill the same roles here, and both deliver moving, understated performances.”—Publishers Weekly (starred review)

“Cunningham, who received the Pulitzer Prize for The Hours, is a matchless stylist whose eye for character and scene is rendered in immaculate images and metaphors....Succulent prose.”—AudioFile

Praise for The Hours:
“The pace and rhythm of Cunningham’s novel echo Woolf’s elliptical writing style. It’s a conceit that works. Cunningham is a thoughtful writer.... Hearing a book the way an author hears it is an interesting experience, particularly when it is such an interesting book.” —AudioFile

“[Cunningham] has fashioned a fictional instrument of intricacy and remarkable beauty. It is a kaleidoscope whose four shining and utterly unlike pieces—the lives of two fictional characters, of a real writer, and her novel—combine, separate and tumble in continually shifting and startlingly suggestive patterns.” —Richard Eder, Los Angeles Times