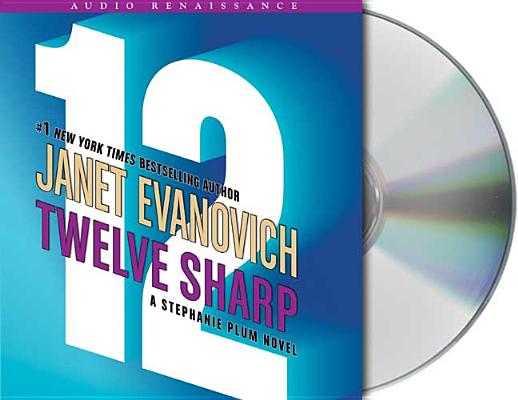 Welcome to Trenton, New Jersey, where bounty hunter Stephanie Plum's life is about to implode in Janet Evanovich's wildest, hottest novel yet!

FIRST A STRANGER APPEARS
While chasing down the usual cast of miscreants and weirdos Stephanie discovers that a crazed woman is stalking her.

THEN THE STRANGER REVEALS HER SECRETS
The woman dresses in black, carries a 9mm Glock, and has a bad attitude and a mysterious connection to dark and dangerous Carlos Manoso …street name, Ranger.

NEXT, SOMEBODY DIES
The action turns deadly serious, and Stephanie goes from hunting skips to hunting a murderer.

SOON, THE CHASE IS ON
Ranger needs Stephanie for more reasons than he can say. And now, the two are working together to find a killer, rescue a missing child, and stop a lunatic from raising the body count. When Stephanie Plum and Ranger get too close for comfort, vice cop Joe Morelli (her on-again, off-again boyfriend) steps in.

Will the ticking clock stop at the stroke of twelve, or will a stranger in the wind find a way to stop Stephanie Plum…forever? Filled with Janet Evanovich's trademark action, nonstop adventure, and sharp humor, Twelve Sharp shows why her novels have been called "hot stuff" (The New York Times), and Evanovich herself "the master" (San Francisco Examiner).

“Stephanie Plum, Evanovich’s ditzy but delightful bounty hunter heroine, returns—this time to solve her own career crisis. Actress Lorelei King gives each character a distinct—and hilarious—voice.” —People on Eleven on Top with praise for the narrator

“Narrator Lorelei King does a fabulous job, as each character is assigned a distinctive voice, thus milking the humor for every drop.” —The Boston Globe on To the Nines

“As addictive as Fritos.” —People on the Stephanie Plum novels

“Hot and sassy.” —Boston Herald on the Stephanie Plum novels

“Dorothy Parker with a Jersey accent.” —Time on the Stephanie Plum novels