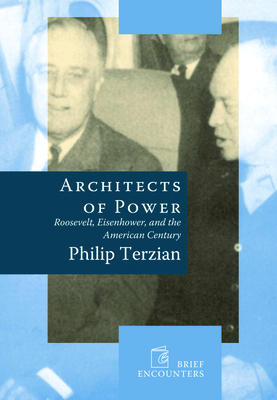 The United States is not a preternaturally inward-looking nation, and isolation is not the natural disposition of Americans. The real question is not whether Americans are prone to isolation or engagement, but how their engagement with the world has evolved, how events have made the United States a superpower, and how these developments have been guided by political leadership. Indeed, the great debates on foreign affairs in American history have not been about whether to have debates on foreign affairs; they have been between the competing visions of American influence in the world. In Architects of Power, Philip Terzian examines two public figures in the twentieth century who personify, in their lives, careers, and philosophies, the rise of the United States of America to global leadership: Franklin D. Roosevelt and Dwight D. Eisenhower. Terzian reveals how both men recognized and acted on the global threats of their time and questions whether America can rise to the same challenges today. Without this clear window into the stricken world that Roosevelt inhabited and Eisenhower understood, we are unlikely to recognize the perils and challenges of the world we have inherited.

Philip Terzian has been a political and cultural journalist for nearly forty years. He has written and edited for the New Republic, the Los Angeles Times, the Wall Street Journal, The New Criterion and the Times Literary Supplement. Since 2005, he has been Literary Editor of the Weekly Standard. He lives in Washington, D.C.
or
Not Currently Available for Direct Purchase
Copyright © 2020 American Booksellers Association