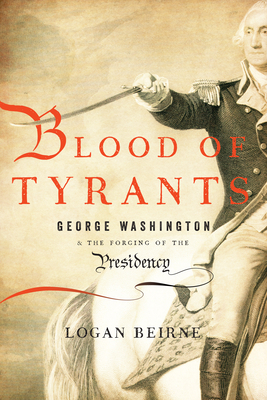 George Washington & the Forging of the Presidency

Blood of Tyrants reveals the surprising details of our Founding Fathers' approach to government and this history's impact on today. Delving into the forgotten--and often lurid--facts of the Revolutionary War, Logan Beirne focuses on the nation's first commander in chief, George Washington, as he shaped the very meaning of the United States Constitution in the heat of battle. Key episodes illustrate how the Founders dealt with thorny wartime issues: Who decides war strategy? When should we use military tribunals over civilian trials? Should we inflict harsh treatment on enemy captives if it means saving American lives? How do we protect citizens' rights when the nation is struggling to defend itself? Beirne finds evidence in previously-unexplored documents such as General Washington's letters debating torture, an eyewitness account of the military tribunal that executed a British prisoner, Founders' letters warning against government debt, and communications pointing to a power struggle between Washington and the Continental Congress. Vivid stories from the Revolution frame Washington's pivotal role in the drafting of the Constitution. The Founders saw the first American commander in chief as the template for all future presidents: a leader who would fiercely defend Americans' rights and liberties against all forms of aggression. Blood of Tyrants pulls the reader directly into the scenes, filling the void in our understanding of the presidency and our ingenious Founders' pragmatic approach to issues we still face today.

Logan Beirne is an Olin Scholar at Yale Law School. Prior to this appointment, Logan practiced as an attorney with the law firm of Sullivan & Cromwell in New York City and was a Fulbright Scholar at Queen's University. He received his JD from Yale Law School, where he was a Coker Fellow and awarded the Edgar M. Cullen Prize for his constitutional scholarship. He and his writings have been featured in USA Today, The Wall Street Journal, The New York Post, The Washington Times, Reuters, Fox News, CSPAN, and numerous other media outlets. Logan has served on the boards of directors for multiple charities and is admitted to the New York and Connecticut Bars. Logan's passion for the Revolution is in his blood --he is directly descended from Revolutionary War patriots and his family tree includes the "Father of the Constitution," James Madison. Some of Washington's papers were discovered in Logan's ancestor's storage chest.
Loading...
or support indie stores by buying on