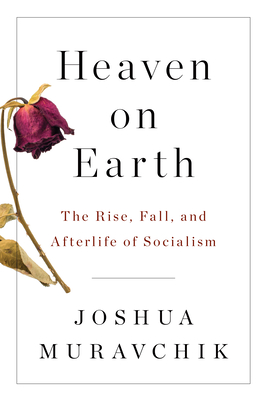 The Rise, Fall, and Afterlife of Socialism

Socialism was man's most ambitious attempt to supplant religion with a doctrine claiming to ground itself in "science." Each failure to create societies of abundance or give birth to "the New Man" inspired more searching for the path to the promised land: revolution, communes, social democracy, communism, fascism, Arab socialism, African socialism. None worked, and some exacted a staggering human toll. Then, after two centuries of wishful thinking and bitter disappointment, socialism imploded in a fin de si cle drama of falling walls and collapsing regimes. It was an astonishing denouement but what followed was no less astonishing. After the hiatus of a couple of decades, new voices were raised, as if innocent of all that had come before, proposing to try it all over again. Joshua Muravchik traces the pursuit of this phantasm, presenting sketches of the thinkers and leaders who developed the theory, led it to power, and presided over its collapse, as well as those who are trying to revive it today. Heaven on Earth is a story filled with character and event while at the same time giving us an epic chronicle of a movement that tried to turn the world upside down--and for a time succeeded.

Joshua Muravchik is the author of hundreds of articles appearing in major U.S. newspapers and intellectual magazines, and eleven books including Making David into Goliath: How the World Turned Against Israel; Exporting Democracy: Fulfilling America's Destiny; The Imperative of American Leadership: A Challenge to Neo-Isolationism; and Trailblazers of the Arab Spring: Voices of Democracy in the Middle East.
or support indie stores by buying on