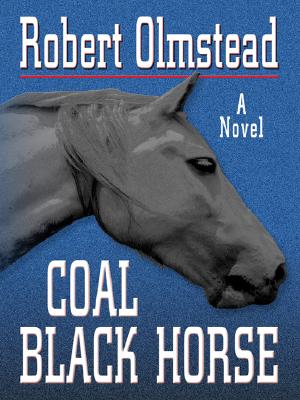 “With its focus on choice and consequence, Coal Black Horse carries the reader across a battlefield that stretches from the Civil War to today. A young man wears a reversible coat of gray and blue -- a talisman from his mother to shield him from 'enemy' fire -- as he journeys to bring his father home, aided by the strength of the coal black horse. Olmstead's novel is both epic and personal, filled with beautiful writing about war's ugliness.”
— Charles Asher, Western AS Bookstore, Bellingham, WA
View the List

When Robey Childs's mother has a premonition about her husband, a soldier fighting in the Civil War, she does the unthinkable: she instructs her only child to find his father on the battlefield and bring him home.
At fourteen, wearing the coat his mother sewed to ensure his safety-- blue on one side, gray on the other-- Robey thinks he is off on a great adventure. But not far from home, his horse falters and he realizes the enormity of his task. It takes the gift of a powerful and noble coal black horse to show him how to undertake the most important journey of his life: with boldnesss, bravery, and self-possession.
Yet even that horse is no match for the brutality and senselessness of war, no surrogate for the courage Robey needs to summon in its face. It's in the center of that landscape, as witness to the lawlessness and carnage around him, that he is forced to raise a gun for the first time in his life. When he returns to his mother, Robey Childs will be the best a man can be, and the worst, irrevocably scarred by all he has seen-- and all he has done.
When Robert Olmstead published his debut, River Dogs, he was compared to Richard Ford, Raymond Carver, Thomas McGuane. Since that time, Olmstead has received high praise for all of his work. But it's this book that is destined to become a classic. Coal Black Horse joins the pantheon of great war novels-- All Quiet on the Western Front, The Red Badge of Courage, The Naked and the Dead.