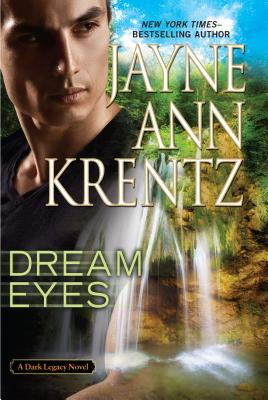 A suspicious death. A ghost in a mirror. The new Dark Legacy novel from the" New York Times" bestselling author known for crafting stories of burning passion and chilling suspense...
The death of her friend and mentor, Evelyn Ballinger, brings psychic counselor Gwen Frazier back to the small town of Wilby, Oregon, and brings back memories she would rather forget. Two years ago, a killer stalked the members of one of Ballinger's research studies--including Gwen, who survived while two others didn't. Now, she's sure that Ballinger's death is related.
Sent by a friend to help Gwen, psychic investigator Judson Coppersmith arrives in Wilby barely in control of his own talent and his own life, and haunted by urgent dreams. His attraction to Gwen is primal, but there are secrets he must keep to protect himself from surrendering to her completely, even as their investigation draws them into dreamscapes, into decades of deception and into the paranormal fires of a desire too strong to resist...

Jayne Ann Krentz is the author of more than fifty "New York Times" bestsellers. She has written contemporary romantic suspense novels under that name, as well as futuristic and historical romance novels under the pseudonyms Jayne Castle and Amanda Quick, respectively. She lives in Seattle.
Loading...
or
Not Currently Available for Direct Purchase