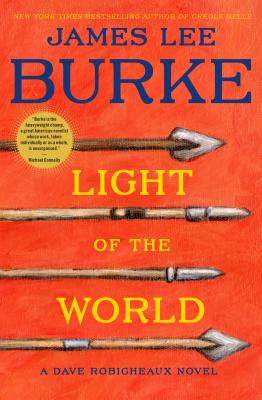 Louisiana Sherriff's Detective Dave Robicheaux and his longtime friend and partner Clete Purcel are vacationing in Montana's spectacular Big Sky country when a series of suspicious events leads them to believe their lives--and the lives of their families--are in danger. In contrast to the tranquil beauty of Flathead Lake and the colorful summertime larch and fir unspooling across unblemished ranchland, a venomous presence lurks in the caves and hills, intent on destroying innocent lives. First, Alafair Robicheaux is nearly killed by an arrow while hiking alone on a trail. Then Clete's daughter, Gretchen Horowitz, whom readers met in Burke's previous bestseller Creole Belle, runs afoul of a local cop, with dire consequences. Next, Alafair thinks she sees a familiar face following her around town--but how could convicted sadist and serial killer Asa Surette be loose on the streets of Montana? Surrette committed a string of heinous murders while capital punishment was outlawed in his home state of Kansas. Years ago, Alafair, a lawyer and novelist, interviewed Surette in prison, aiming to prove him guilty of other crimes and eligible for the death penalty. Recently, a prison transport van carrying Surette crashed and he is believed dead, but Alafair isn't so sure. Says The Plain Dealer (Cleveland), "Already designated a Grand Master by the Mystery Writers of America, Burke should get another title, say, for sustained literary brilliance in his Dave Robicheaux series." Light of the World is a harrowing novel that examines the nature of evil and pits Dave Robicheaux against the most diabolical villain he has ever faced.
or
Not Currently Available for Direct Purchase
Copyright © 2020 American Booksellers Association