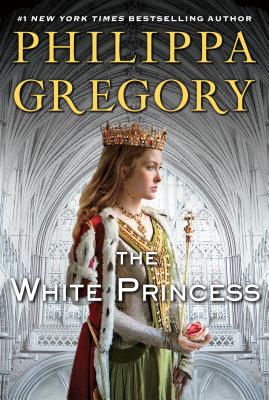 From Philippa Gregory, the #1 "New York Times" bestselling author behind the Starz original series, "The White Queen" the latest book in the Cousins War series tells the passionate tale of Elizabeth of York, daughter of the White Queen.
"The White Princess" is the gripping story of Elizabeth of York, a princess from birth, who is caught between loyalties in fifteenth-century England. The novel opens as news of the battle of Bosworth spreads, determining not only which royal house has triumphed, Tudor or York, but also which of two suitors she will have to marry: her lover Richard III, or his rival, Henry Tudor.
So it happens that Henry VII snatches the crown of England from the mud of Bosworth Field, locking his marriage with Elizabeth forever. Now, she must marry not only her enemy, but her lover's murderer and the pretender to the throne. She is forced to create a new royal family with him and his ambitious mother: Margaret Beaufort, the Red Queen. But while the new monarchy can win, it cannot hold power in an England that remembers the House of York with love.
The new king's greatest fear is that somewhere, outside England, a prince from the House of York is waiting to invade and reclaim the throne. When a young man who would be king leads his army and invades England, Elizabeth must decide whether to recognize him as her brother and a claimant to the throne, or deny him in favor of the husband she is coming to love.