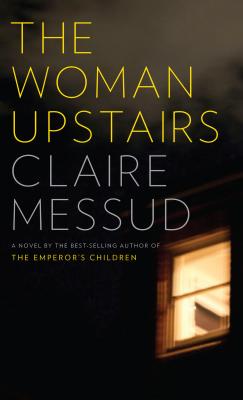 A brilliant novel by Canada's own award-winning Claire Messud, author of the "New York Times" bestselling" The Emperor's Children." "The Woman Upstairs" is the riveting confession of a woman awakened, transformed and betrayed by passion and the desire for a world beyond her own.
Nora Eldridge, a 37-year-old elementary school teacher in Cambridge, Massachusetts, was on the verge of disappearing into the background until Reza Shahid walked into her classroom. Nora is quickly drawn into the complex world of the Shahid family. Soon she finds herself falling in love with them, separately and together, and happiness shatters her boundaries--until ambition leads to betrayal.
Written with intimacy and piercing emotion, this urgently dispatched story of obsession and artistic fulfillment explores the thrill--and the devastating cost--of giving in to one's passions. "The Woman Upstairs" is a masterly story of America today, of being a woman and of the exhilarations of love.

CLAIRE MESSUD's last novel, "The Emperor's Children," was a "New York Times," "Los Angeles Times "and "Washington Post" Best Book of the Year, and was longlisted for the Man Booker Prize. Her first novel, "When the World Was Steady," and her book of novellas, "The Hunters," were finalists for the PEN/Faulkner Award. Her second novel, "The Last Life," won Britain's Encore Award. Her short fiction has been included in the" Penguin Book of Canadian Short Stories," edited by Jane Urquhart. Raised in Sydney, Australia and Toronto, where she attended the Toronto French School and UTS, Messud was a judge for the 2010 Scotiabank Giller Prize. She lives in Cambridge, MA with her family.
Loading...
or
Not Currently Available for Direct Purchase