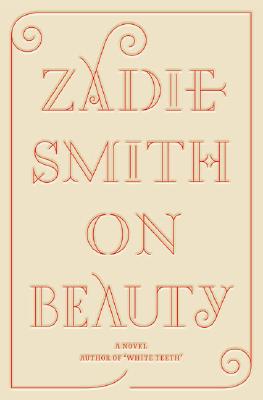 Howard Belsey, a Rembrandt scholar who doesn't like Rembrandt, is an Englishman abroad and a long-suffering professor at Wellington, a liberal New England arts college. He has been married for thirty years to Kiki, an American woman who no longer resembles the sexy activist she once was. Their three children passionately pursue their own paths: Levi quests after authentic blackness, Zora believes that intellectuals can redeem everybody, and Jerome struggles to be a believer in a family of strict atheists. Faced with the oppressive enthusiasms of his children, Howard feels that the first two acts of his life are over and he has no clear plans for the finale. Or the encore.

Then Jerome, Howard's older son, falls for Victoria, the stunning daughter of the right-wing icon Monty Kipps, and the two families find themselves thrown together in a beautiful corner of America, enacting a cultural and personal war against the background of real wars that they barely register. An infidelity, a death, and a legacy set in motion a chain of events that sees all parties forced to examine the unarticulated assumptions which underpin their lives. How do you choose the work on which to spend your life? Why do you love the people you love? Do you really believe what you claim to? And what is the beautiful thing, and how far will you go to get it?

Set on both sides of the Atlantic, Zadie Smith's third novel is a brilliant analysis of family life, the institution of marriage, intersections of the personal and political, and an honest look at people's deceptions. It is also, as you might expect, very funny indeed.


Praise For On Beauty…

"...[A] thoroughly original tale about families and generational change, about race and multiculturalism in millennial America, about love and identity and the ways they are affected by the passage of time. Ms. Smith possesses a captivating authorial voice—at once authoritative and nonchalant, and capacious enough to accommodate high moral seriousness, laid-back humor and virtually everything in between—and in these pages, she uses that voice to enormous effect, giving us that rare thing: a novel that is as affecting as it is entertaining, as provocative as it is humane." —Michiko Kakutani, The New York Times

ZADIE SMITH was born in northwest London in 1975. She is the author of "White Teeth, The Autograph Man, On Beauty, Changing My Mind," and "NW."
Loading...
or
Not Currently Available for Direct Purchase