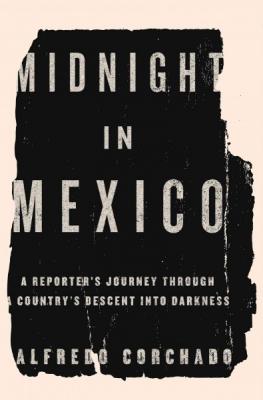 A Reporter's Journey Through a Country's Descent Into Darkness

In the last six years, more than eighty thousand people have been killed in the Mexican drug war, and drug trafficking there is a multibillion-dollar business. In a country where the powerful are rarely scrutinized, noted Mexican American journalist Alfredo Corchado refuses to shrink from reporting on government corruption, murders in Juarez, or the ruthless drug cartels of Mexico. A paramilitary group spun off from the Gulf cartel, the Zetas, controls key drug routes in the north of the country. In 2007, Corchado received a tip that he could be their next target and he had twenty four hours to find out if the threat was true.
Rather than leave his country, Corchado went out into the Mexican countryside to trace investigate the threat. As he frantically contacted his sources, Corchado suspected the threat was his punishment for returning to Mexico against his mother's wishes. His parents had fled north after the death of their young daughter, and raised their children in California where they labored as migrant workers. Corchado returned to Mexico as a journalist in 1994, convinced that Mexico would one day foster political accountability and leave behind the pervasive corruption that has plagued its people for decades.
But in this land of extremes, the gap of inequality and injustice remains wide. Even after the 2000 election that put Mexico's opposition party in power for the first time, the opportunities of democracy did not materialize. The powerful PRI had worked with the cartels, taking a piece of their profit in exchange for a more peaceful, and more controlled, drug trade. But the party's long-awaited defeat created a vacuum of power in Mexico City, and in the cartel-controlled states that border the United States. The cartels went to war with one another in the mid-2000s, during the war to regain control of the country instituted by President Felipe Calderon, and only the violence flourished. The work Corchado lives for could have killed him, but he wasn't ready to leave Mexico not then, maybe never. Midnight in Mexico is the story of one man's quest to report the truth of his country as he raced to save his own life.

Alfredo Corchado is a Nieman Fellow and Mexican Bureau Chief of the Dallas Morning News. In 2000, he was the first reporter granted an interview with Vicente Fox, Mexico's first democratic president, after his election. He lives in Texas.