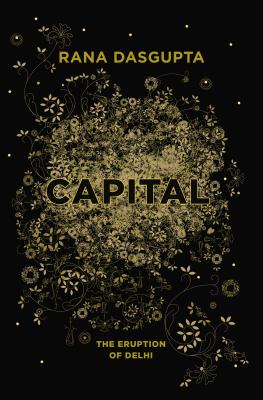 In Capital, Commonwealth Prize winning author Rana Dasgupta examines one of the great trends of our time: the expansion of the global elite. Capital is an intimate portrait of the city of Delhi which bears witness to the extraordinary transmogrification of India's capital. But it also offers a glimpse of what capitalism will become in the coming, post-Western world. The story of Delhi is a parable for where we are all headed.
The boom following the opening up of India's economy plunged Delhi into a tumult of destruction and creation: slums and markets were ripped down, and shopping malls and apartment blocks erupted from the ruins. Many fortunes were made, and in the glassy stores nestled among the new highways, customers paid for global luxury with bags of cash. But the transformation was stern, abrupt and fantastically unequal, and it gave rise to strange and bewildering feelings. The city brimmed with ambition and rage. Violent crimes stole the headlines.
In the style of V. S. Naipaul's now classic personal journeys, Dasgupta shows us this city through the eyes of its people. With the lyricism and empathy of a novelist, Dasgupta takes us through a series of encounters with billionaires and bureaucrats, drug dealers and metal traders, slum dwellers and psychoanalysts which plunge us into Delhi's intoxicating, and sometimes terrifying, story of capitalist transformation. Together these people comprise a generation on the cusp, like that of Gilded Age New York: who they are, and what they want, says a tremendous amount about what the world will look like in the rest of the twenty-first century.
Interweaving over a century of history with his personal journey, Dasgupta presents us with the first literary portrait of one of the twenty-first century's fastest-growing megalopolises a dark and uncanny portrait that gives us insights, too, as to the nature of our own everyone's shared, global future.

Rana Dasguptawon the 2010 Commonwealth Writers' Prize for Best Book for his debut novelSolo. He is also the author of a collection of urban folktales, Tokyo Cancelled, which was shortlisted for the 2005 John Llewellyn Rhys Prize. Capitalis his first work of non-fiction. Born in Canterbury in 1971, he now lives in Delhi."
Loading...
or
Not Currently Available for Direct Purchase