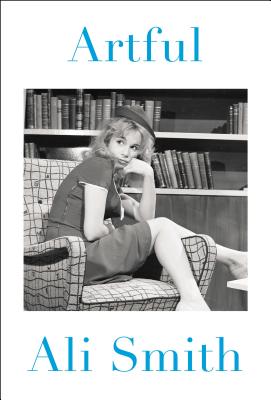 "The incomparable Ali Smith melds the tale and the essay into a magical hybrid form, a song of praise to the power of stories in our lives"
In February 2012, the novelist Ali Smith delivered the Weidenfeld lectures on European comparative literature at St. Anne's College, Oxford. Her lectures took the shape of this set of discursive stories. Refusing to be tied down to either fiction or the essay form, "Artful" is narrated by a character who is haunted literally by a former lover, the writer of a series of lectures about art and literature.
A hypnotic dialogue unfolds, a duet between and a meditation on art and storytelling, a book about love, grief, memory, and revitalization. Smith's heady powers as a fiction writer harmonize with her keen perceptions as a reader and critic to form a living thing that reminds us that life and art are never separate.
"Artful "is a book about the things art can do, the things art is full of, and the quicksilver nature of all artfulness. It glances off artists and writers from Michelangelo through Dickens, then all the way past postmodernity, exploring every form, from ancient cave painting to 1960s cinema musicals. This kaleidoscope opens up new, inventive, elastic insights on the relation of aesthetic form to the human mind, the ways we build our minds from stories, the bridges art builds between us. "Artful" is a celebration of literature's worth in and to the world and a meaningful contribution to that worth in itself. There has never been a book quite like it.

Ali Smith is the author of nine works of fiction, including the novel "Hotel World," which won the Encore Award and the Scottish Arts Council Book of the Year Award, and "The Accidental," which won the Whitbread Award and was shortlisted for the Man Booker Prize and the Orange Broadband Prize for Fiction. Her story collections include "Free Love "and "The Whole Story and Other Stories." Her most recent novel, "There But for The," was named one of "The Guardian" s Best Books of 2011 and NPR s Five 2011 Books That Stay with You. Born in Inverness, Scotland, Smith now lives in Cambridge, United Kingdom."
Loading...
or
Not Currently Available for Direct Purchase