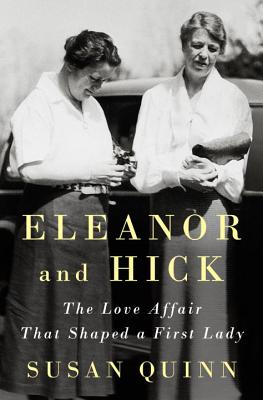 “This is an important and probably unique biography in the history of the U.S. presidency. The special virtue of Eleanor and Hick is that Susan Quinn permits us to see how Eleanor Roosevelt’s long, intimate relationship with Lorena Hickok helped her become not just a First Lady but a great one: courageous, committed, compassionate—and complicated. A triumph.” —Nigel Hamilton, author of The Mantle of Command

Susan Quinn is the author of Furious Improvisation: How the WPA and a Cast of Thousands Made High Art Out of Desperate Times and Marie Curie: A Life, among other books. Her work has appeared in The New York Times Magazine, the Atlantic, and other publications. She is the former president of PEN New England and lives outside of Boston, Massachusetts.
Loading...
or
Not Currently Available for Direct Purchase