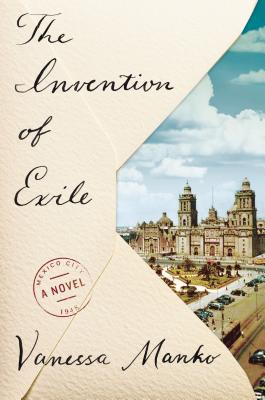 The Invention of Exile

“Manko's debut novel is the beautifully written story of Austin Voronkov, a Russian inventor who immigrates to the U.S., but, through a series of unfortunate events, finds himself to be a man without a country. Filled with poignant insights on what it means to belong, The Invention of Exile gives readers a sweeping, masterfully told story spanning continents and years, all expressed through the tender voice of this determined immigrant and engineer, who relentlessly works to reverse his fate and return home.”
— Anderson McKean, Page & Palette, Fairhope, AL
View the List

Austin Voronkov is many things. He is an engineer, an inventor, an immigrant from Russia to Bridgeport, Connecticut, in 1913, where he gets a job at a rifle factory. At the house where he rents a room, he falls in love with a woman named Julia, who becomes his wife and the mother of his three children. When Austin is wrongly accused of attending anarchist gatherings his limited grasp of English condemns him to his fate as a deportee, retreating with his new bride to his home in Russia, where he and his young family become embroiled in the Civil War and must flee once again, to Mexico.
While Julia and the children are eventually able to return to the U.S., Austin becomes indefinitely stranded in Mexico City because of the black mark on his record. He keeps a daily correspondence with Julia, as they each exchange their hopes and fears for the future, and as they struggle to remain a family across a distance of two countries. Austin becomes convinced that his engineering designs will be awarded patents, thereby paving the way for the government to approve his return and award his long sought-after American citizenship. At the same time he becomes convinced that an FBI agent is monitoring his every move, with the intent of blocking any possible return to the United States.
Austin and Julia's struggles build to crisis and heartrending resolution in this dazzling, sweeping debut. The novel is based in part on Vanessa Manko's family history and the life of a grandfather she never knew. Manko used this history as a jumping off point for the novel, which focuses on borders between the past and present, sanity and madness, while the very real U.S.-Mexico border looms. The novel also explores how loss reshapes and transforms lives. It is a deeply moving testament to the enduring power offamilyand the meaning of home.

Vanessa Manko earned her MFA in creativewriting from Hunter College. She has taught writingat NYU and SUNY Purchase. An excerpt of her novel was published in Granta's winter 2012 issue. Originally from Brookfield, Connecticut, Manko now lives in Brooklyn, New York."
Loading...
or
Not Currently Available for Direct Purchase