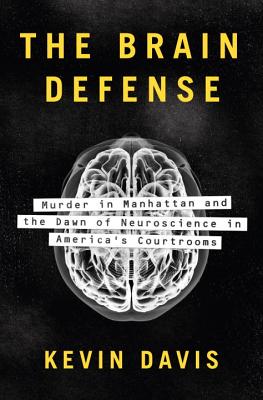 “The Brain Defense is a stirring ride into a fascinating new field. Can a tumor or traumatic brain injury explain rape or murder? Can they diminish culpability? If your instinct screams no, read page one. The first staggering case will challenge your assumptions; the book that follows may alter them permanently. The vividness and urgency of Kevin Davis’s storytelling, along with his artful touch, draw you in from the first line and never let you go.”—Dave Cullen

Kevin Davis is a Chicago-based journalist and author of Defending the Damned and The Wrong Man. His award-winning writing has appeared in USA Today, The Chicago Tribune, The Utne Reader, Chicago Magazine, The Rumpus, Writer’s Digest, and other publications; he is a former staff reporter for the Sun-Sentinel in South Florida and is an editor at the ABA Journal.
Loading...
or
Not Currently Available for Direct Purchase