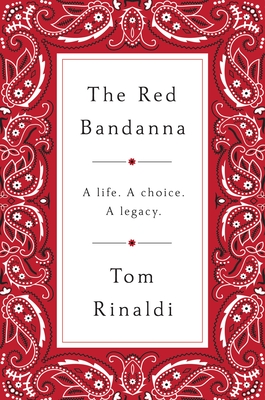 A Life. A Choice. A Legacy.

What would you do in the last hour of your life?

The story of Welles Crowther, whose actions on 9/11 offer a lasting lesson on character, calling and courage

One Sunday morning before church, when Welles Crowther was a young boy, his father gave him a red handkerchief for his back pocket. Welles kept it with him that day, and just about every day to come; it became a fixture and his signature.

A standout athlete growing up in Upper Nyack, NY, Welles was also a volunteer at the local fire department, along with his father. He cherished the necessity and the camaraderie, the meaning of the role. Fresh from college, he took a Wall Street job on the 104th floor of the South Tower of the World Trade Center, but the dream of becoming a firefighter with the FDNY remained.

When the Twin Towers fell, Welles’s parents had no idea what happened to him. In the unbearable days that followed, they came to accept that he would never come home. But the mystery of his final hours persisted. Eight months after the attacks, however, Welles’s mother read a news account from several survivors, badly hurt on the 78th floor of the South Tower, who said they and others had been led to safety by a stranger, carrying a woman on his back, down nearly twenty flights of stairs.  After leading them down, the young man turned around.  “I’m going back up,” was all he said.

The survivors didn’t know his name, but despite the smoke and panic, one of them remembered a single detail clearly: the man was wearing a red bandanna.

Tom Rinaldi’s The Red Bandanna is about a fearless choice, about a crucible of terror and the indomitable spirit to answer it. Examining one decision in the gravest situation, it celebrates the difference one life can make.

Tom Rinaldi has been a national correspondent at ESPN since 2002. Among other honors, he has won fifteen national Sports Emmy Awards and six national Edward R. Murrow Awards. Born in Brooklyn, New York, he is a graduate of the University of Pennsylvania and the Columbia University Graduate School of Journalism. He lives in New Jersey, with his wife, Dianne, their son, Jack, and daughter, Tessa.

Praise For The Red Bandanna: A Life. A Choice. A Legacy.…

“[A] lovely book...People see the fallen, beat-up world around them and ask: What can I do? Maybe: Be like Welles Crowther. Take your bandanna, change the world.”
—Peggy Noonan, The Wall Street Journal

“Amid the myriad stories of Sept. 11, there are many moments of heroism.  This…book tells one of the most memorable….Rinaldi’s reconstruction of that final morning is gripping.  His recounting of how Crowther’s family slowly learned of his valor…and of how many now honor him, is deeply moving….The payoff comes when President Obama tells Crowther’s mother after the death of Osama bin Laden, “I know about your son.”  For her, he autographs a red bandanna and adds the message, ‘We won’t forget Welles.’”
—The New York Times Book Review

“A beautiful book…Through one hero of that day, Rinaldi really tells the story of all of them, all those who saved others and couldn't save themselves.  I tell you about a lot of books. Buy this one.  In the spirit of all the ones who kept going back up the stairs.”
—Mike Lupica, NY Daily News

“How often does a book make you feel so deeply you need to just stop and breathe?... Rinaldi is a masterful storyteller…. Sure, the obvious time to have reviewed this gem of a book about a gem of a man would have been on Sept. 11. Yet the obvious time to donate to food pantries is Thanksgiving. The need for both, however, is all year…. a must read.”
—Newark Star Ledger

“Rinaldi writes a memorable and compelling account of the classic American hero….For those looking for an inspiring modern-day narrative, herein a young man goes beyond himself to help others—and makes the ultimate sacrifice.”
—Library Journal

“The inspirational story of a modern-day hero who escorted dozens to safety during the 9/11 attacks… Rinaldi captures the compelling urgency of the indelible event and fondly tips his hat to Crowther, an exemplary embodiment of human compassion and selflessness. A moving, deeply felt tribute to a courageous individual who sacrificed his life to save others.”
—Kirkus Reviews

“Tom Rinaldi’s The Red Bandanna could very well become one of those classic books that are handed down through generations, for more than any book I have read in a very long time it convincingly tells the story of how great men and women become great – how cultural, community, and spiritual drives can develop that inner character that will make the world a better place. It is all found here in these pages - the intellectual and moral strength of a close and loving family, determination, guts, and the sense of service that brings alive this memorable and beautifully written story of the 9/11 death of Welles Crowther. This book will always be set aside in my house to illustrate the art of writing, but mostly to honor the life of this courageous man – a volunteer firefighter, champion athlete, well positioned stock trader – a true friend and loyal son whose inner inspiration was to become a New York City firefighter. Every first responder will want to read this book, every high school and college English teacher will want to assign it, and every thoughtful reader will give it to someone they love.”
—Dennis Smith, retired FDNY firefighter and author of Report from Engine Co. 82
or
Buy Here
Copyright © 2020 American Booksellers Association