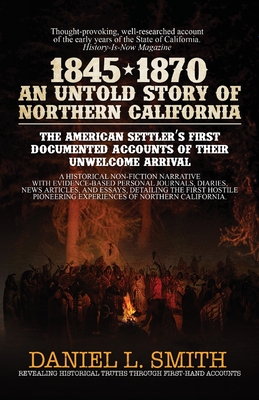 Praise For 1845-1870 An Untold Story of Northern California…

"Thought-provoking, well-researched account of the early years of the State of California." - History-Is-Now Magazine (historyisnowmagazine.com)

Daniel Lee Smith is an Author, Freelance Writer, & Historical Researcher. He has lived all over the United States, and has traveled North America extensively. ​Mr. Smith is currently earning his Masters degree in History at Southern New Hampshire University. He also has a B.A. in History and an A.S. in Criminal Justice. He is an Honorably Discharged U.S. Coast Guard Veteran, and holds 10 years’ experience in Corporate and Retail Loss Prevention & Theft Investigations.
Mr. Smith has been issued multiple service awards, as well as being recognized for volunteering in the rebuilding of New Orleans after Hurricane Katrina in 2005. He is happily married to wife Myriah, with a loving family. The Smith's are a Calvary Chapel family and reside in Eureka, California.