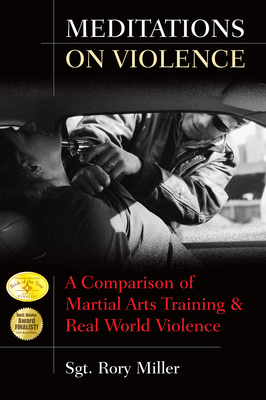 A Comparison of Martial Arts Training and Real-World Violence.

Experienced martial artist and veteran correction officer Sgt. Rory Miller distills what he has learned from jailhouse brawls, tactical operations and ambushes to explore the differences between martial arts and the subject martial arts were designed to deal with: Violence.

Sgt. Miller introduces the myths, metaphors and expectations that most martial artists have about what they will ultimately learn in their dojo. This is then compared with the complexity of the reality of violence. Complexity is one of the recurring themes throughout this work.

Section Two examines how to think critically about violence, how to evaluate sources of knowledge and clearly explains the concepts of strategy and tactics.

Sections Three and Four focus on the dynamics of violence itself and the predators who perpetuate it. Drawing on hundreds of encounters and thousands of hours spent with criminals Sgt. Miller explains the types of violence; how, where, when and why it develops; the effects of adrenaline; how criminals think, and even the effects of drugs and altered states of consciousness in a fight.

Section Five centers on training for violence, and adapting your present training methods to that reality. It discusses the pros and cons of modern and ancient martial arts training and gives a unique insight into early Japanese kata as a military training method.

Section Six is all about how to make self-defense work. Miller examines how to look at defense in a broader context, and how to overcome some of your own subconscious resistance to meeting violence with violence.

The last section deals with the aftermath-the cost of surviving sudden violence or violent environments, how it can change you for good or bad. It gives advice for supervisors and even for instructors on how to help a student/survivor. You'll even learn a bit about enlightenment.

Rory Miller, former Sergeant, has been studying martial arts since 1981. He's a best-selling writer and a veteran corrections officer. He's taught and designed courses on Use of Force Policy and Decision Making, Police Defensive Tactics, Confrontational Simulations, and he has led and trained hi former agency's Corrections Tactical Team. Recently, he taught how to run a modern, safe, and secure prison at the Iraqi Corrections Systems, Iraq. Rory Miller resides near Portland, Oregon.
or support indie stores by buying on
Copyright © 2020 American Booksellers Association