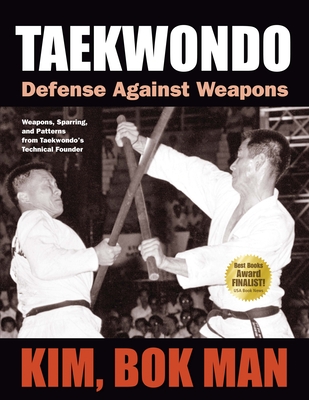 Grandmaster Kim, Bok Man is one of the most recognized authorities of taekwondo in the world. He worked tirelessly with General Choi Hong Hi as a founder of taekwondo curricula used today by the many international taekwondo organizations.

Originally published in 1979, this book provides defense techniques taught to military, law enforcement officials, and black belts. Beginners will have a chance to see the application of their training in actual weapon defenses.

Advanced students will learn techniques and fundamental training that has been 'field' tested since the inception of the art in the 1950s.

This book catalogs the essence of the fighting art of taekwondo as it was originally intended.