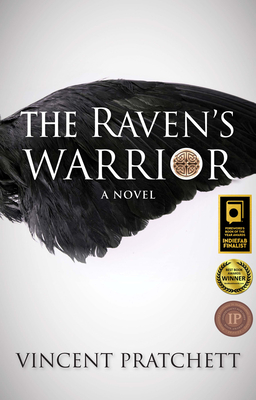 "I have heard the delirious ramblings of countless dying minds and I am amused by yours. Don't be afraid, I won't take you now. Your life sentence has just begun."

Wounded in battle, a near dead Celtic warrior is taken by Viken raiders. He is sold into a Mid-East slave market and then dragged further east, through the desert, into the 'Middle Kingdom'. Destiny brings him into the hands of a warrior priest and his daughter. Hazy images of silk, herbs, needles, potions and steel, can lead him to only one conclusion, he has been purchased by a wizard and his witch.

And Arkthar fears for his very soul.

Under death's plotting eyes, a slave-warrior, a priest and a healer quest to save a kingdom. A new root of Arthurian legend takes hold.

Vincent Pratchett hails from a family of Irish storytellers and English writers. Vincent is an accomplished martial artist and a professional firefighter with the Toronto Fire Department. This is his first novel. Vincent Pratchett resides in Toronto, Ontario Canada.
Loading...
or support indie stores by buying on