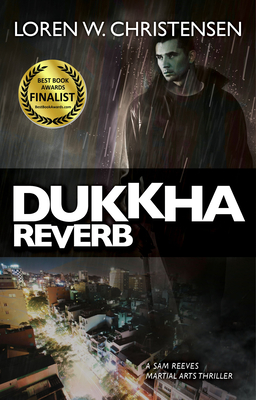 If you're going to fight bad guys, you might as well make them really mad at you

A few weeks ago, I had a good life--I was a respected Portland police detective and successful martial arts instructor. Then I shot somebody--then I shot two more people. It changed everything. Into this chaos stepped a man and an enchanting Vietnamese woman. Turns out he's my father who I thought was dead, and she's--wow. We got to know each over coffee and, oh yeah, fighting for our lives against Vietnamese gangsters seeking revenge against my father. What a week, glad it's over.

A restful trip abroad, to get acquainted with my 'new' father and the beautiful Mai, sounds like a good idea. Ho Chi Minh City, Vietnam, here I come

What I didn't expect, in this exotic city, was Lai Van Tan, the crazed mob boss and sex trafficker, still raging against my family for an imagined wrong--now he wants me too. With the aid of some unique Vietnamese War veterans, each with a deadly set of skills, the fight is on. My hope for a restful visit is deteriorating fast.