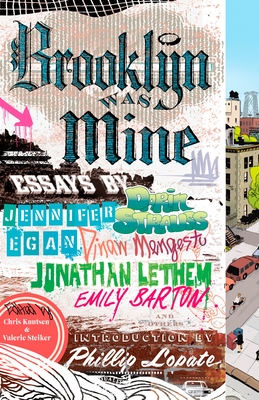 Brooklyn Was Mine (Paperback)

Of all the urban landscapes in America, perhaps none has so thoroughly infused and nurtured modern literature as Brooklyn. Though its literary history runs deep-Walt Whitman, Truman Capote, and Norman Mailer are just a few of its storied inhabitants-in recent years the borough has seen a growing concentration of bestselling novelists, memoirists, poets, and journalists. It has become what Greenwich Village once was for an earlier generation: a wellspring of inspiration and artistic expression.

Brooklyn Was Mine gives some of today's best writers an opportunity to pay tribute to the borough they love in 20 original essays that draw on past and present to create a mosaic that brilliantly captures the quality and diversity of a unique, literary landscape.

With an introduction by Phillip Lopate.
or
Not Currently Available for Direct Purchase
Copyright © 2020 American Booksellers Association