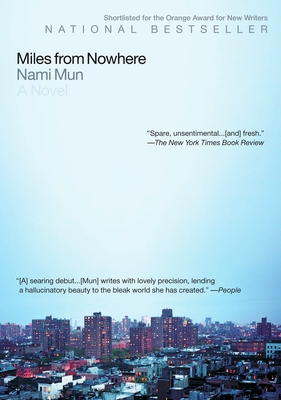 Beginning with helping to steal a Christmas tree, we see Joon participate in acts that aren’t fully legal throughout most of the book. Her actions clearly don’t fit within conventional morality, but is there an ethical code to the way she behaves on the street? Is Joon a principled person? Is Knowledge?

Joon has many friendships and relationships over the course of the book—Knowledge and Benny, for instance—but in the end she is essentially alone. Do you think her friendships during her years on the street were true ones, or were they simply ones for survival?

The book follows Joon over the course of several years and a variety of different experiences. From Joon’s first escapades with Knowledge to her last conversation with Mr. McCommon, how do you think Joon evolves over the course of the novel?

As hard as Joon fights to move on with her life, to stay clean, to stay off the streets, do you feel like there’s hope for her to build a better life in the end?

Given the state of Joon’s life at home, do you think her decision to leave home was justified? Was it courageous? Why or why not?

Do you think people in the “straight world” from whom Joon seeks help—the employment officer, the nurse—treat her fairly or unfairly? Does reading this book change the way you would approach someone in Joon’s situation?

At the close of the novel, are you convinced that Joon will make a different life for herself?

What does Joon gain from living on the street? What does she lose?