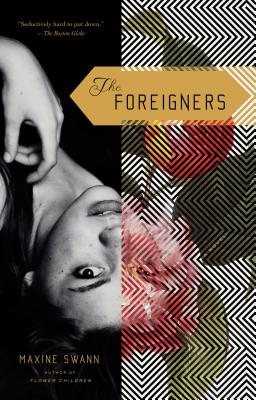 A glittering, energetic novel about three women-each experiencing an awakening in the gloriously conflicted and sexy city of Buenos Aires.

Buenos Aires is a city of Parisian affections and national anxiety, of amorous young lovers, seedy ports, flooded slums, and a dazzling social elite. Into this heady maze of contradiction and possibility enter two women: Daisy, an American divorcée; and Isolde, a beautiful, lonely Austrian. In Buenos Aires, Isolde finds that her blond European looks afford her entrée to the kind of elite, alluring social world she never would have had access to in her home country, but her ascension also sets her up for a long, surprising fall. Meanwhile, Daisy joins forces with Leonarda, a chameleonic Argentine with radical dreams of rebellion, who transfixes Daisy with her wild effervescence. Soon, Daisy is throwing off her American earnestness and engaging in a degree of passion, manipulation, and risk-taking in a way she never has before. Buenos Aires has allowed her to become someone else.

Against the throbbing backdrop of this shimmering and decadent city- almost a character in itself-Maxine Swann has created a stunning narrative of reawakened sensuality and compulsive desire that simultaneously explores with remarkable acuity themes of foreignness, displacement, and the trembling metamorphoses that arise from such states. From the award-winning, critically celebrated author of Flower Children, The Foreigners is a startlingly bold and original, unforgettable next novel.

Maxine Swann is the author of Serious Girls and Flower Children, for which she received the Harold D. Vursell Memorial Award from the American Academy of Arts and Letters. She has also been awarded the Ploughshares' Cohen Award for best fiction of the year, an O. Henry Prize, and a Pushcart Prize, and her work has been included in The Best American Short Stories of 1998 and 2006. Swann, who has also lived in Paris and Pakistan, has been living in Buenos Aires since 2001.

The city itself is a major character in the novel. Swann’s Buenos Aires is a bustling and sensual city of almost hallucinatory proportions. How does the author recreate this special city for the reader—what sights, sounds, and elements compete for your attention? Think about a city that is particularly special to you. What language would you use to describe it?

Think about who is a foreigner in the book. What makes someone “foreign”? What possibilities does being foreign allow? What does it prevent?

How would you describe the social order in Buenos Aires? What gives someone status, and who has it? Why, for a woman like Isolde, is it worth chasing? Are the rules different for men versus women?

Discuss Gabriel’s role in Daisy’s acclimation to life in Buenos Aires. How is he a problem solver, or rescuer? Compare his behavior to that of Leonarda’s at the start.

What do you think lies behind Leonarda’s mercurial behavior—in her life choices, relationships, and plans for her future? Is it fair to say she’s thrilled by the hunt? What are the consequences of her more insensitive—or even destructive—behavior?

Would you consider Isolde a tragic figure? Why or why not? How do her desires and emphasis on class and status get in the way of her growth? Do these illusions extend to her love life and potential suitors? Does she change her ways by the novel’s end?

What drives Leonarda to infiltrate Miguel’s inner circle, and to manipulate him, getting “inside his head”? Do you think she succeeds, or is this ultimately just another illusion she’s cast? How does she use him—and how is she used?

Even as her work stagnates, apartment physically crumbles, and relationships fray in a painful way, Daisy continues to root herself in Buenos Aires. Why? What is it about the city or life that speaks to her? What is she still hoping to find?

Where do you see Isolde, Leonarda, and Daisy in ten years? Do you think much about their lives and drives will have changed?

Do you think Daisy is transformed from foreigner status into an Argentine by the end of the novel?