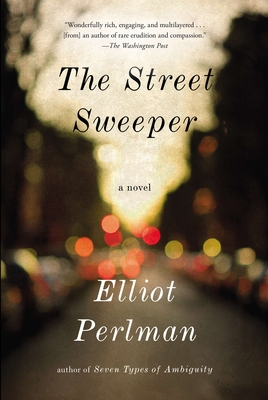 How breathtakingly close we are to lives that at first seem so far away.

From the civil rights struggle in the United States to the Nazi crimes against humanity in Europe, there are more stories than people passing one another every day on the bustling streets of every crowded city. Only some stories survive to become history.

Recently released from prison, Lamont Williams, an African American probationary janitor in a Manhattan hospital and father of a little girl he can’t locate, strikes up an unlikely friendship with an elderly patient, a Holocaust survivor who was a prisoner in Auschwitz-Birkenau.

A few blocks uptown, historian Adam Zignelik, an untenured Columbia professor, finds both his career and his long-term romantic relationship falling apart. Emerging from the depths of his own personal history, Adam sees, in a promising research topic suggested by an American World War II veteran, the beginnings of something that might just save him professionally, and perhaps even personally.

As these men try to survive in early-twenty-first-century New York, history comes to life in ways neither of them could have foreseen. Two very different paths—Lamont’s and Adam’s—lead to one greater story as The Street Sweeper, in dealing with memory, love, guilt, heroism, the extremes of racism and unexpected kindness, spans the twentieth century to the present, and spans the globe from New York to Chicago to Auschwitz.

Epic in scope, this is a remarkable feat of storytelling.


Praise For The Street Sweeper…

“[I]t seems somehow fitting that the author of The Street Sweeper, a wonderfully rich, engaging and multilayered new novel about blacks and Jews in Chicago and New York, would hail from Australia. I’ve been a fan of Elliot Perlman’s work since his 1998 novel Three Dollars. That book and his massive Seven Types of Ambiguity (2004) revealed him to be an author of rare erudition and compassion. But The Street Sweeper is his boldest work yet…” –  The Washington Post

“The Street Sweeper is an impressive literary achievement, complex in its organization, meticulous in its plotting and deeply satisfying in its emotional payoffs.” – The Wall Street Journal


“In the best kind of books, there is always that moment when the words on the page swallow the world outside — subway stations fly by, errands go un-run, rational bedtimes are abandoned — and the only goal is to gobble up the next paragraph, and the next, and the next… A towering achievement: a strikingly modern literary novel that brings the ugliest moments of 20th-century history to life, and finds real beauty there.” – Entertainment Weekly


“As characters interact and fates intertwine, Perlman tells an engaging multi-generational saga witnessing personal histories that heroically endure and survive brutal and horrific racism to become what we know as the history of the Holocaust and the American Civil Rights movement. At his best, Perlman accomplishes this literary feat by evoking remarkable depth and meaning in otherwise commonplace events and characters…. [W]hat is most memorable about this richly woven tale is the lessons about the importance of memory and remembering, and the novel’s underlying compassion and sense of history.” – USA Today


“An epic tale that spans decades and bridges generations while chronicling the predominant chapters of racial persecution perpetrated in the darkest hours of the 20th century… Perlman is a consummate storyteller… This stunning novel works, and matters, because of the expert way Perlman has recorded both the agonized howl of the past and the plaintive echoes of the present.” – San Francisco Chronicle


“The Street Sweeper connects up its large cast of characters, telling a grim but buoyant story, full of humanity and brave acts. Reading it provides that uncommon thrill in fiction: a philosophical page-turner.” – Cleveland Plain Dealer


“The Street Sweeper is a big novel in every sense… It’s filled with color and characters whose unlikely connection tells the stories of contemporary New York, 1930s Warsaw and 1950s Chicago.” – The Forward


“Perlman offers an affecting meditation on memory itself, on storytelling as an act of healing.” – The Guardian (UK)


“An expertly told novel of life in immigrant America--and of the terrible events left behind in the old country.” – Kirkus Reviews (STARRED)


“Brilliantly makes personal both the Holocaust and the civil rights movement.... A moving and literate page-turner.” – Publishers Weekly (STARRED)

Elliot Perlman is the author of The Reasons I Won't Be Coming and Seven Types of Ambiguity. He also cowrote the award-winning screenplay for a film version of Three Dollars, his first novel. He lives in Australia.
Loading...
or
Not Currently Available for Direct Purchase