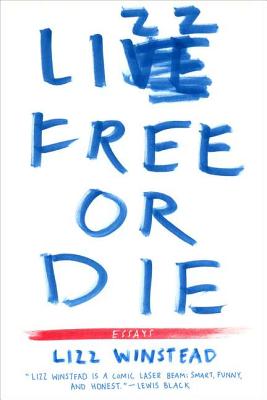 Lizz Winstead, co-creator of "The Daily Show" and one of today's most hilarious comedians and insightful social critics, pens a brilliant account of how she discovered her comedic voice.

In this collection of autobiographical essays, Winstead vividly recounts how she fought to find her own voice, both as a comedian and as a woman, and how humor became her most powerful weapon in confronting life's challenges.

Growing up in the Midwest, the youngest child of conservative Catholic parents, Winstead learned early in her life that the straightforward questions she posed to various authority figures around her-her parents, her parish priest, even an anti-abortion counselor -prompted many startled looks and uncomfortable silences, but few answers. Her questions rattled people because they exposed the inconsistencies and hypocrisies in the people and institutions she confronted. Yet she didn't let that stop her from pursuing her dreams.

Funny and biting, honest and poignant, this no-holds-barred collection gives an in-depth look into the life of one of today's most influential comic voices. In writing about her childhood longing to be a priest, her role in developing The Daily Show, and of her often problematic habit of diving into everything head first, asking questions later (resulting in multiple rescue-dog adoptions and travel disasters), Lizz Winstead has tapped an outrageous and heartfelt vein of the all-too-human comedy.

Lizz Winstead is the co-creator and former head writer of "The Daily Show" and one of the founders of Air America Radio. She has been cited by "Entertainment Weekly" as one of the magazine's 100 Most Creative People and frequently appears on MSNBC, CNN, and Comedy Central. She lives in Brooklyn. Learn more at www.lizzwinstead.com or follow her on twitter @lizzwinstead.