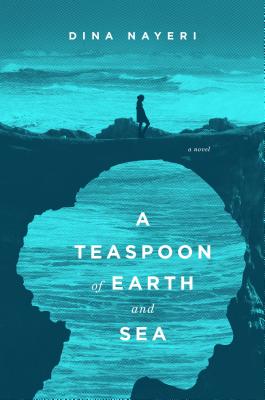 A Teaspoon of Earth and Sea

A magical novel about a young Iranian woman lifted from grief by her powerful imagination and love of Western culture.

Growing up in a small rice-farming village in 1980s Iran, eleven-year-old Saba Hafezi and her twin sister, Mahtab, are captivated by America. They keep lists of English words and collect illegal "Life" magazines, television shows, and rock music. So when her mother and sister disappear, leaving Saba and her father alone in Iran, Saba is certain that they have moved to America without her. But her parents have taught her that all fate is written in the blood, and that twins will live the same life, even if separated by land and sea. As she grows up in the warmth and community of her local village, falls in and out of love, and struggles with the limited possibilities in post-revolutionary Iran, Saba envisions that there is another way for her story to unfold. Somewhere, it must be that her sister is living the Western version of this life. And where Saba's world has all the grit and brutality of real life under the new Islamic regime, her sister's experience gives her a freedom and control that Saba can only dream of.

Filled with a colorful cast of characters and presented in a bewitching voice that mingles the rhythms of Eastern storytelling with modern Western prose, "A Teaspoon of Earth" "and Sea" is a tale about memory and the importance of controlling one's own fate.

Dina Nayeri was born in Tehran during the revolution and immigrated to Oklahoma at ten years old. She has a BA from Princeton and a Master of Education and MBA from Harvard. She is a Truman Capote Fellow and a Teaching Writing Fellow at the Iowa Writers Workshop."
Loading...
or
Not Currently Available for Direct Purchase