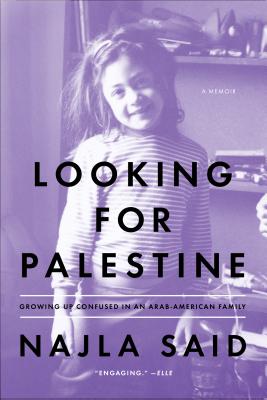 Growing Up Confused in an Arab-American Family

A frank and entertaining memoir, from the daughter of Edward Said, about growing up second-generation Arab American and struggling with that identity.
The daughter of a prominent Palestinian father and a sophisticated Lebanese mother, Najla Said grew up in New York City, confused and conflicted about her cultural background and identity. Said knew that her parents identified deeply with their homelands, but growing up in a Manhattan world that was defined largely by class and conformity, she felt unsure about who she was supposed to be, and was often in denial of the differences she sensed between her family and those around her. The fact that her father was the famous intellectual and outspoken Palestinian advocate Edward Said only made things more complicated. She may have been born a Palestinian Lebanese American, but in Said's mind she grew up first as a WASP, having been baptized Episcopalian in Boston and attending the wealthy Upper East Side girls school Chapin, then as a teenage Jew, essentially denying her true roots, even to herself until, ultimately, the psychological toll of all this self-hatred began to threaten her health.
As she grew older, making increased visits to Palestine and Beirut, Said's worldview shifted. The attacks on the World Trade Center, and some of the ways in which Americans responded, finally made it impossible for Said to continue to pick and choose her identity, forcing her to see herself and her passions more clearly. Today, she has become an important voice for second-generation Arab Americans nationwide.

Najla Said has performed off Broadway, regionally and internationally, as well as in film and television. In April 2010, Said completed a nine-week sold-out off Broadway run of her solo show, "Palestine," which features some of the material in this book. She is a frequent speaker and performer at schools across the country, and lives in New York City.
or
Not Currently Available for Direct Purchase