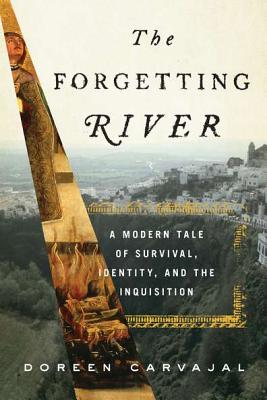 A Modern Tale of Survival, Identity, and the Inquisition

The unexpected and moving story of an American journalist who works to uncover her family's long-buried Jewish ancestry in Spain.
Raised a Catholic in California, "New York Times"journalist Doreen Carvajal is shocked when she discovers that her background may actually be connected to "conversos" in Inquisition-era Spain, Jews who were forced to renounce their faith and convert to Christianity or face torture and death. With vivid childhood memories of Sunday sermons, catechism, and the rosary, Carvajal travels tothesouth ofSpain, to the centuries-old Andalucian town of Arcos de la Frontera, to investigate her lineage andrecover her family's original religious heritage.
In Arcos, Carvajal is struck by thewhite pueblo'sancient beauty and the difficulty she encounters in probing the town's own secret history of the Inquisition. She comes to realize that fear remains a legacy of the Inquisition along with the cryptic messages left by its victims. Back at her childhood home in California, Carvajal uncovers papers documenting a family of Carvajals who were burned at the stake in the 16th-century territory of Mexico. Could the author sfamily history be linked to the hidden history of Arcos? And could the unfortunate Carvajals have been her ancestors?
As she strives to find proof that her family had been forced to convert to Christianity six-hundred years ago, Carvajal comes to understand that the past flows like a river through time and that while the truth might be submerged, it isnever truly lost.

Doreen Carvajal is a Paris-based reporter for the" The New York Times" and a senior writer for the "International Herald Tribune" covering European issues. She has more than 25 years of journalism experience covering a broad range of subjects, from politics and immigration to book publishing and the media. She lives with her family near Paris.
Loading...
or
Not Currently Available for Direct Purchase