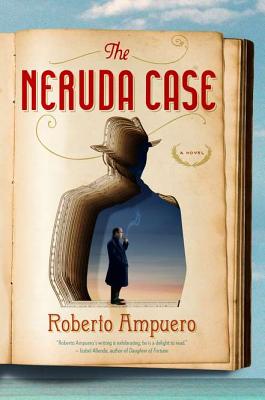 Published for the first time in English, an atmospheric, brilliant novel from an internationally bestselling literary luminary.

Roberto Ampuero's novels starring the wonderfully roguish Cayetano Brule are an international sensation. In "The Neruda Case," readers are introduced to Cayetano as he takes on his first case as a private eye. Set against the fraught political world of pre-Pinochet Chile, Castro's Cuba, and perilous behind-the-Wall East Berlin, this mystery spans countries, cultures, and political ideas, and features one of literature's most beloved figures Pablo Neruda.

Cayetano meets the poet at a party in Chile in the 1970s. The dying Neruda recruits Cayetano to help him solve the last great mystery of his life. As Cayetano fumbles around his first case, finding it hard to embrace the new inspector identity foisted upon him, he begins to learn more about Neruda's hidden agenda. Neruda sends him on a whirlwind expedition around the world, ending back in Chile, where Pinochet's coup plays out against the final revelations of their journey.

Evocative, romantic, and full of intrigue, Ampuero's novel is both a glimpse into the life of Pablo Neruda as death approaches and a political thriller that unfolds during the fiercely convulsive end of an era.

Roberto Ampuero is an internationally bestselling, award-winning author. He has published twelve novels in Spanish, and his works have been translated around the world. "The Neruda Case" is his first novel published in English. Born in Chile, Ampuero is a professor of creative writing at the University of Iowa and currently serves as Chile s ambassador to Mexico. He lives in Mexico City and Iowa City."
Loading...
or
Not Currently Available for Direct Purchase