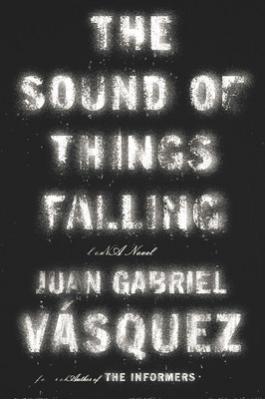 * National Bestseller and winner of the 2014 International IMPAC Dublin Literary Award
* Hailed by Edmund White as "a brilliant new novel" on the cover of the New York Times Book Review
* Lauded by Jonathan Franzen, E. L. Doctorow and many others
From a global literary star comes a prize-winning tour de force - an intimate portrayal of the drug wars in Colombia. Juan Gabriel Vasquez has been hailed not only as one of South America's greatest literary stars, but also as one of the most acclaimed writers of his generation. In this gorgeously wrought, award-winning novel, Vasquez confronts the history of his home country, Colombia.

In the city of Bogota, Antonio Yammara reads an article about a hippo that had escaped from a derelict zoo once owned by legendary Colombian drug kingpin Pablo Escobar. The article transports Antonio back to when the war between Escobar's Medellin cartel and government forces played out violently in Colombia's streets and in the skies above. Back then, Antonio witnessed a friend's murder, an event that haunts him still. As he investigates, he discovers the many ways in which his own life and his friend's family have been shaped by his country's recent violent past. His journey leads him all the way back to the 1960s and a world on the brink of change: a time before narco-trafficking trapped a whole generation in a living nightmare.

Vasquez is "one of the most original new voices of Latin American literature," according to Nobel Prize winner Mario Vargas Llosa, and The Sound of Things Falling is his most personal, most contemporary novel to date, a masterpiece that takes his writing--and will take his literary star--even higher.


Praise For The Sound of Things Falling…

Praise for The Sound of Things Falling

"Like Bolaño, [Vasquez] is a master stylist and a virtuoso of patient pacing and intricate structure, and he uses the novel for much the same purpose that Bolaño did: to map the deep, cascading damage done to our world by greed and violence and to concede that even love can’t repair it." —Lev Grossman, Time Magazine

“Literary magic of one of Latin America’s most talented novelists…a masterpiece.” —Booklist, STARRED

“An exploration in the ways in which stories profoundly impact our lives.” —Publishers Weekly, STARRED

“Languid existential noir, one that may put you in mind of Paul Auster.” —Dwight Garner, New York Times

"If you only read one book this month..." —Esquire

"It's noir raised to the level of art. It's a page-turner but it's also a profound meditation on fate and mortality." —2013 Premior Gregor von Rezzori Prize announcement

“Haunting…Vasquez brilliantly and sensitively illuminates the intimate effects and whispers of life under siege, and the moral ambiguities that inform survival.” – Cleveland Plain Dealer

“Quietly elegant… Vásquez is a resourceful storyteller. Scenes and dialogue shine with well-chosen details. His theme echoes compellingly through family parallels, ill-fated flights and even a recurring hippo motif. He shrugs off the long shadow of Gabriel Garcia Marquez with a gritty realism that has its own persuasive magic.”  — Bloomberg News


Praise for The Informers


Praise for The Secret History of Costaguana

Juan Gabriel Vasquez's books include the 2014 International IMPAC Dublin Literary Award winner and national bestseller, The Sound of Things Falling, as well as the award-winning The Informers and The Secret History of Costaguana. Vasquez's novels have been published in seventeen languages worldwide. After sixteen years in France, Belgium, and Spain, he now lives in Bogota.