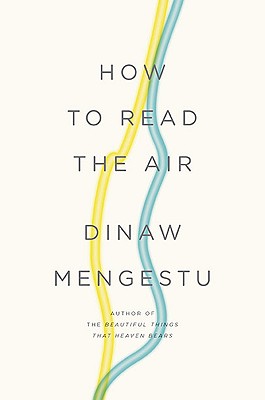 How to Read the Air

“This is a remarkable, multi-layered novel about the fictions we create and the lies we tell to fashion our identities for the sake of love and family. Mengestu's prose is beautiful. He tells both a grand-sweeping tale of the African immigrant experience as well as a deeply intimate story, one that illustrates a second-generation American's experience negotiating his footing as he seeks a sense of place.”
— Cindy Dach, Changing Hands Bookstore, Tempe, AZ
View the List

From the prizewinning international literary star: the searing and powerful story of one man's search for redemption.

Dinaw Mengestu's first novel, "The Beautiful Things That Heaven Bears," earned the young writer comparisons to Bellow, Fitzgerald, and Naipaul, and garnered ecstatic critical praise and awards around the world for its haunting depiction of the immigrant experience. Now Mengestu enriches the themes that defined his debut with a heartbreaking literary masterwork about love, family, and the power of imagination, which confirms his reputation as one of the brightest talents of his generation.

One early September afternoon, Yosef and Mariam, young Ethiopian immigrants who have spent all but their first year of marriage apart, set off on a road trip from their new home in Peoria, Illinois, to Nashville, Tennessee, in search of a new identity as an American couple. Soon, their son, Jonas, will be born in Illinois. Thirty years later, Yosef has died, and Jonas needs to make sense of the volatile generational and cultural ties that have forged him. How can he envision his future without knowing what has come before? Leaving behind his marriage and job in New York, Jonas sets out to retrace his mother and father's trip and weave together a family history that will take him from the war-torn Ethiopia of his parents' youth to his life in the America of today, a story real or invented that holds the possibility of reconciliation and redemption.

Dinaw Mengestu was born in Addis Ababa, Ethiopia, in 1978. He is the recipient of a MacArthur Fellowship, a fellowship in fiction from the New York Foundation for the Arts and a Lannan Literary Fellowship, and was named a 20 under 40 writer to watch by "The New Yorker. "Mengestu s writing has appeared in "The New Yorker, Rolling Stone, Harper s, Granta," and other publications. He lives with his family in Washington, D.C."