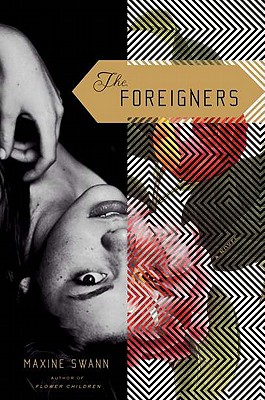 A glittering, energetic novel about three women-each experiencing an awakening in the gloriously conflicted and sexy city of Buenos Aires.

Buenos Aires is a city of Parisian affections and national anxiety, of amorous young lovers, seedy ports, flooded slums, and a dazzling social elite. Into this heady maze of contradiction and possibility enter two women: Daisy, an American divorcee; and Isolde, a beautiful, lonely Austrian. In Buenos Aires, Isolde finds that her blond European looks afford her entree to the kind of elite, alluring social world she never would have had access to in her home country, but her ascension also sets her up for a long, surprising fall. Meanwhile, Daisy joins forces with Leonarda, a chameleonic Argentine with radical dreams of rebellion, who transfixes Daisy with her wild effervescence. Soon, Daisy is throwing off her American earnestness and engaging in a degree of passion, manipulation, and risk-taking in a way she never has before. Buenos Aires has allowed her to become someone else.

Against the throbbing backdrop of this shimmering and decadent city- almost a character in itself-Maxine Swann has created a stunning narrative of reawakened sensuality and compulsive desire that simultaneously explores with remarkable acuity themes of foreignness, displacement, and the trembling metamorphoses that arise from such states. From the award-winning, critically celebrated author of "Flower Children, The Foreigners" is a startlingly bold and original, unforgettable next novel.


Praise For The Foreigners…

“Swann, an American who has lived in Buenos Aires for the past decade, vividly evokes the city and its lively, diverse, and conflicted social landscape, from the denizens of posh hotels to the unfortunate poor living in the city’s slums. . . . Seductively hard to put down.”—The Boston Globe

“The three women in Maxine Swann’s The Foreigners hope to leave their worries behind by plunging into the wild glamour of Buenos Aires, but find even greater surprises when the stumble into the recesses of their own lives.”—W

“Post-crash Buenos Aires is the nourish setting of Maxine Swann’t The Foreigners, in which an untethered American divorcee dabbles in increasingly risky funny games with the help of a local provocateuse.”—Vogue

“The city of Buenos Aires dazzles in this novel about three women who find sex, adventure, and more sex in the Paris of South America.”—O, The Oprah Magazine

“The city of Buenos Aires dazzles in this novel about three women who find sex, adventure, and more sex in the Paris of South America.”—O, The Oprah Magazine

“Atmospheric, evocative literary fiction that ruminates on what it means and how it feels to be foreign.”—Booklist

“Whether native or foreigner, each character is displaced and wrestles with the outcome. With lyricism and observational skill that recalls early Joan Didion, Swann brings Buenos Aires to life.”—Publishers Weekly (starred)

Maxine Swann is the author of "Serious Girls" and "Flower Children," for which she received the Harold D. Vursell Memorial Award from the American Academy of Arts and Letters. She has also been awarded the "Ploughshares'" Cohen Award for best fiction of the year, an O. Henry Prize, and a Pushcart Prize, and her work has been included in "The Best American Short Stories" of 1998 and 2006. Swann, who has also lived in Paris and Pakistan, has been living in Buenos Aires since 2001.
Loading...
or
Not Currently Available for Direct Purchase