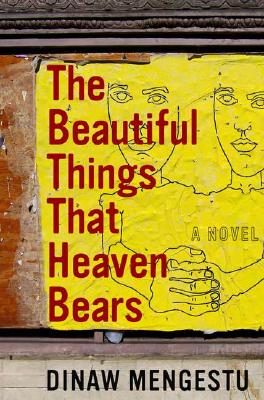 The Beautiful Things That Heaven Bears

Seventeen years ago, Sepha Stephanos fled the Ethiopian Revolution for a new start in the United States. Now he finds himself running a failing grocery store in a poor African-American section of Washington, D.C., his only companions two fellow African immigrants who share his bitter nostalgia and longing for his home continent. Years ago and worlds away Sepha could never have imagined a life of such isolation. As his environment begins to change, hope comes in the form of a friendship with new neighbors Judith and Naomi, a white woman and her biracial daughter. But when a series of racial incidents disturbs the community, Sepha may lose everything all over again.
Watch a QuickTime interview with Dinaw Mengestu about this book.

Dinaw Mengestu was born in Addis Ababa, Ethiopia, in 1978. He is the recipient of a MacArthur Fellowship, a fellowship in fiction from the New York Foundation for the Arts and a Lannan Literary Fellowship, and was named a 20 under 40 writer to watch by "The New Yorker. "Mengestu s writing has appeared in "The New Yorker, Rolling Stone, Harper s, Granta," and other publications. He lives with his family in Washington, D.C."
Loading...
or
Not Currently Available for Direct Purchase